Reading Partners interviews Chloe Fernandez,
​Author of PCD Has Nothing on Me 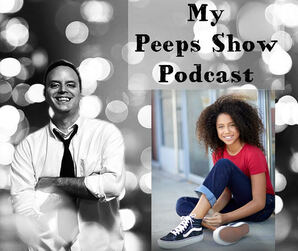 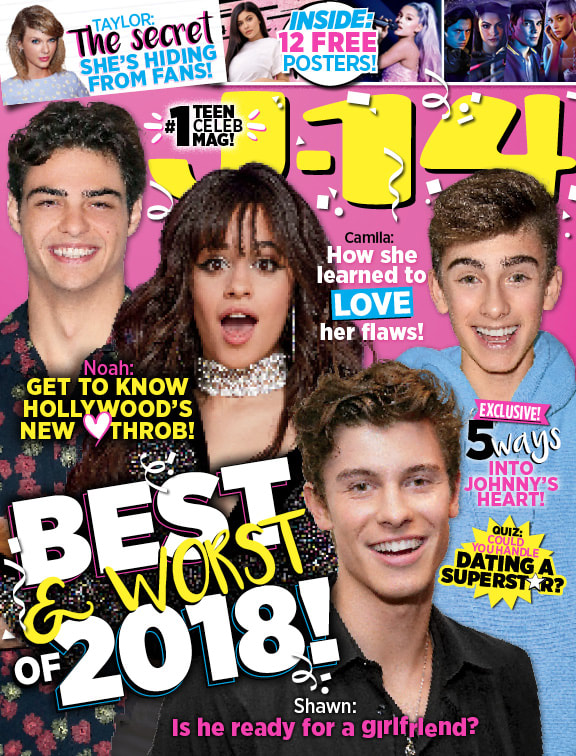 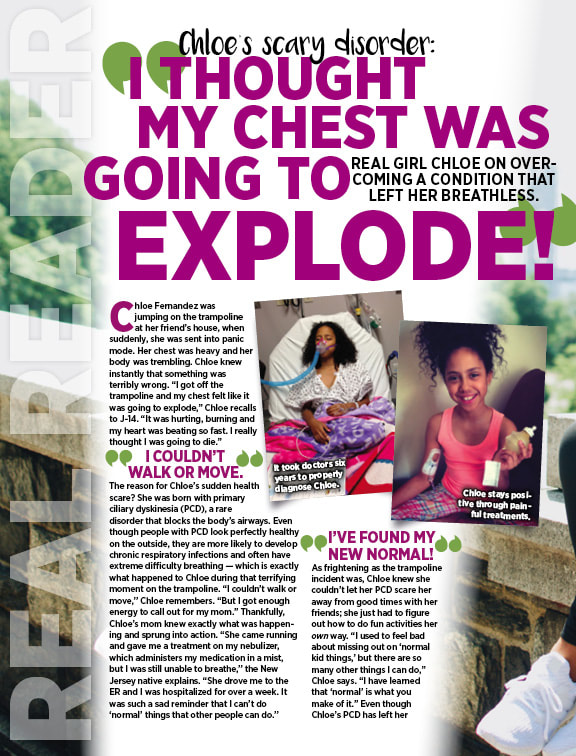 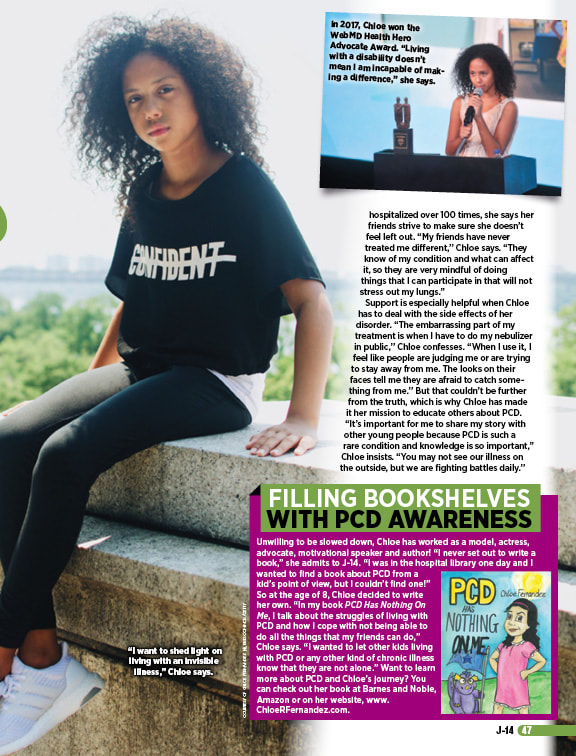 Fierce:  This 11 year old Dominicana found several ways to tells the chronic disease she is living with that it has nothing on her.

​​Children with rare diseases often feel alone in their plight, but one Huntington Beach girl is doing her part to teach her peers there is a support system out there. Chloe Fernandez is an 11-year-old girl with primary ciliary dyskinesia, commonly referred to as PCD. It’s a severe lung disease that causes breathing problems and requires constant care.
​
Read More...
​A Huntington Beach girl's advocacy and children's book focusing on her rare genetic disease earned her WebMD's 2017 Health Heroes award. Chloe Fernandez, 11, was diagnosed at age 6 with primary ciliary dyskinesia, which causes mucus buildup, breathing problems and repeated lung infections.
​
Read More...
"Despite living with a chronic illness, Chloe Fernandez, 11, has already inspired many by putting her experience dealing with a rare disease into a book that has gained her national recognition."
​Read the full article here!
​"On Monday Chloe R. Fernandez was celebrated for her effort in bringing awareness about primary ciliary dyskinesia (PCD) in America, a chronic illness that she was diagnosed with when she was six-years-old."
Read More...

At only 10 years old this Latina gives us a powerful lesson!
Hispanic Chloe Fernandez published a book to show other children that they are not alone.
​Read More ...

RIDGEWOOD, N.J. — Living with a severe lung disorder inspired 9-year-old Chloe Fernandez of Ridgewood to write a book that will help other kids with the disease. “PCD Has Nothing On Me,” a 47-page illustrated book, chronicles Chloe’s three-year journey through diagnosis, treatment, and hospitalizations. “This book is dedicated to all the kids with chronic illness,” she writes in her introduction. “Stay strong, stay positive, keep the faith and never stop believing in miracles.” For the last three years, Chloe was mostly in and out of hospitals because of her rare genetic condition. Read entire article.

PCD has nothing on me! ~ Chloe Fernandez

At age 6, Chloe was diagnosed with Primary Ciliary Dyskinesia. PCD is a rare form of lung disease. Chloe has faced many scary moments when she couldn't draw a breath and has endured many painful and embarrassing treatments. But through it all, Chloe has remained positive and upbeat.

At only 9 years of age, Chloe can add accomplished author to her resume. Chloe wrote her book, "PCD Has Nothing On Me", in hopes that sharing her story would bring awareness to PCD. She also wanted to be an inspiration for other kids, living and dealing with chronic illness. She wants them to know that they too can achieve anything they set their mind to. Chloe is a firm believer that her challenges don't define her.

Chloe is also a working actress and model signed to BMG Models & Talent, and she is currently working on her second book. 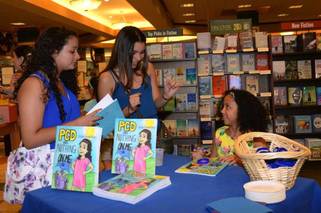 BY DIANA OLIVERA, THE RIDGEWOOD NEWS,  JUNE 10,  2016
RIDGEWOOD - Ridgewood resident Chloe R Fernandez was a bundle of excitement when she discovered a limo parked outside her home, ready to whisk her away to her first-ever book signing at Barnes and Noble on Route 17 South in Paramus last Saturday. It was also the 9-year-old author’s first-ever limo ride. "It was so exciting, I couldn’t breathe," she said while demonstrating how surprised she was. "I was in the limo going, ‘Breathe, Chloe, breathe!’"
​READ ENTIRE ARTICLE here.

BY RAQUEL REICHARD • MAY 17, 2016
Chloe R. Fernandez is a published author, model and actress who has written a script for a TV show and has a stellar idea for a health app. The New Jersey-based dominicana is also just nine years old. In less than a decade, the young Latina has accomplished so much, but living with primary ciliary dyskinesia (PCD), she has also suffered through a lot.

PCD is an incurable genetic disorder that attacks the cilia, tiny hair-like structures thatß line the airways, ears and sinuses, keeping them clean and clear of infections. When the cilia doesn't work properly, people have a higher risk of infections of the lungs, ears, throat and sinuses, which could lead to serious damages down the line. 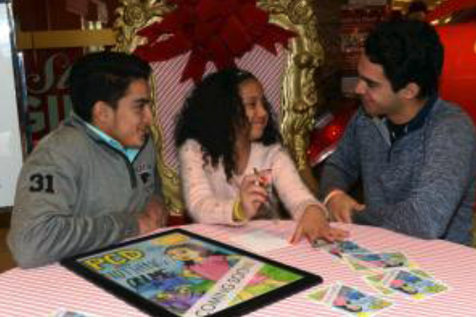 ©2016 North Jersey Media Group, 12/24/2015, By Diana Oliveira
When discussing her hobbies, 8-year-old Chloe Fernandez appears no different from any other girl her age, but she has already accomplished more than some people do in a lifetime. With the help of Make-A-Wish and the Macy's Believe Campaign this holiday season, she is a published author who just had her firstbook preview.

The precocious 8-year-old loves being active. She plays dress-up and often pretends to be Rowan Blanchard from Disney Channel's GIRL MEETS WORLD, putting on a show in the living room for her dolls. She rides her scooter around the house, even though it "drives Mom crazy," she said. She also swims and plays the piano and harmonica.
DOWNLOAD ENTIRE ARTICLE here.
© 2016-2021 | Chloe R Fernandez. All rights reserved.
​Website by Stage Door Designs